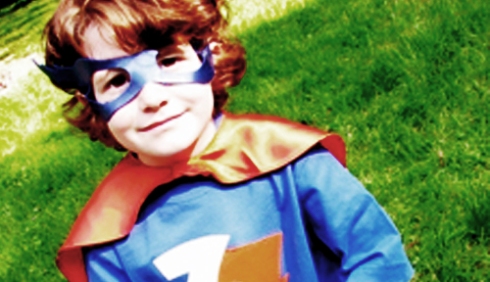 If you haven’t yet read any of my other posts, I’d encourage you to consider doing so before reading this one.  It doesn’t matter which one, really.  I just fear that, if this is the first of my writings you read, you may tune me out forever afterward without some context, because of the advice in the next line.

Still with me?  Perhaps all is not lost then.  Give me a chance to explain.

During our recent trip back from Penn State, Chad and I talked about many things.  In a post last week, I shared with you our thoughts on what constitutes normal.  But I’ve been mulling over another conversation topic that cropped up during those eight hours on the road together.  While a lot of the advice I pass along has been with me for years — decades even — this idea felt new somehow.

Of course, nothing true is ever new, as I pointed out in my first post/page.  But it felt new.  And it felt important.

Chad is a take-action kind of guy.  He started a club on campus and is making quite a splash.  The goal of the club is to challenge people to take positive social risks with the foundational idea that people matter and are worth knowing.  Chad’s bigger goal is to change the culture — to challenge people to be less me-centered and more others-centered in general.  These ideas and the practical actions behind them have earned him the ear of some influential people on campus.  Head of Housing.  Head of Student Affairs.  Vice President.  President.  He was chatting with the VP shortly before school was out, and the topic was broached about the value of encouraging people to “just be themselves.”

On the surface, this sounds fantastic.  I mean, wouldn’t it be terrific to just be able to relax and be yourself, without judgment from others?  Wouldn’t it make campuses, workplaces and homes better places if everyone could just be whoever they really are inside all the time?  No more pressure.  No more prejudice.  No more masks.

But the VP had brought up a valid point.  “I don’t think I want a campus full of college kids just ‘being themselves’ all the time.   If being himself means a student doesn’t like to wear clothes, I don’t want to encourage him to be coming to class naked or streaking around the lawns.”

The example is funny enough.  But play it out to the extreme.  Do we want someone who wrestles with homicidal tendencies to just “be himself”?  Or bring it closer to home.  If you tend to be an angry and violent person, should you be encouraged to just “be yourself” without check?  If “being yourself” means that you really want to cheat on your spouse sometimes, should you?

I suggested to Chad that the goal is not to help people be comfortable being themselves.  Rather, it is to help people be honest about who they are and what is inside, while continuing to strive toward being the best person they can be or want to be.  In cases where someone may not want to be a better person, and where I have earned the position in their life to do so, I think a good goal might be to try to help them want to be a better person.  But in a very real sense, making the end goal to “just be yourself” can easily lead us to stop growing.  To stay stuck in self-defeating patterns.  To settle.

Let’s go back to the anger example.  If I tend to be an angry person who flies off the handle, my goal is first to be honest about this — with myself and with others whom it affects.  “I am an angry person.  I yell too much.  I’m too easily riled.”

The second goal would be to decide who I want to be.  “I want people to know me as a patient and self-controlled person.  I want to be remembered for the encouraging things I say to my [kids, spouse, friends] and not for how I blow up all the time.”

And then, be your wannabe.  Tell yourself, “Somewhere in here, I am a patient, loving, encouraging person.”  And start acting like it.  When you feel the old anger rising, quickly blurt out the truth along with your wannabe: “I feel myself winding up here, like I’m going to start being mean and yelling.  But I am not going to because I love you.”

Does that sound impossible?  Forced?  Try backing it up a step.  Before your next fit of anger even presents itself, admit to the people who are usually on the receiving end, “Listen, I realize that I get angry way too quickly and it often comes out with you.  But I am determined to be more patient.  So, if I start to escalate, I’m giving you permission to remind me of what I’m telling you now — that I want to be a patient person.”

Ah, good old humility.  It didn’t go the way of the dinosaur.  It’s still as effective as it ever was, if we give it a dusting.

Will this work right the first time?  Maybe.  Maybe not.  Maybe your son will remind you like you asked him to do in a heated moment of yours, and you’ll allow yourself to get even more mad at him that he did so.  Shame on you.  But it’s a possibility.  What then?

Ah, good old humility.  You go to your son.  Praise his character  for doing what you asked even though it was hard for him.  Reaffirm that you really do want to be more patient.  Ask him to forgive you.  Invite him to call you out the next time, even if it is hard, because you really need his help.

How many times do you think you will be able to go through these steps without some change?

I’m not advocating faking that you are something you are not.  Presenting a smile to the world as if you are a happy, cheerful person when you are really struggling with depression.  Not at all.  That’s why the first step is being honest about who you are.  But then, try on the wannabe you.  Permit it, out loud.  “You know what, I have to be honest.  I’ve been feeling kind of down lately.  But I am deciding to enjoy this dinner with you right now and not let it be about that.  So, there you have it!  Now, let’s talk about something fun, like summer plans.”

If you need additional support beyond this, such as counseling or medical help, by all means get it.  Just keep moving forward.  Keep aiming toward the you that you want to be.  Don’t settle for just “being yourself.”

1.  Please don’t misunderstand me.  I don’t think we should be constantly assessing ourselves or trying to change who we are.  In this sense — the popular sense — I very much believe we should be  “be ourselves”: learning to be comfortable in our own skin, embracing our personality and individuality, without excusing our bad behavior or ignoring self-defeating patterns.

2.  If there is something in yourself that you want to change, focus your energies on changing it.  But, wherever possible, avoid trying to dictate who you think others ought to be.  Even in situations where you bear some responsibility for another’s character development (e.g., your children, students, etc.), try to help them come to their own conclusions about who they want to be, rather than trying to conform them to who you may want them to be. 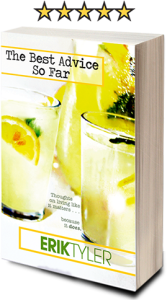 I'm an author, speaker, blogger, facilitator, people lover, creative force, conversationalist, problem solver, chance-taker, listener, noticer and lover of life. "It's more about writing lives than writing pages." END_OF_DOCUMENT_TOKEN_TO_BE_REPLACED
This entry was posted on Tuesday, May 17th, 2011 at 11:14 PM and tagged with advice, change, choice, choices, inspiration, normal, positive, responsibility, risks and posted in Daily Thought. You can follow any responses to this entry through the RSS 2.0 feed.
« what vs. why
this is a test … »